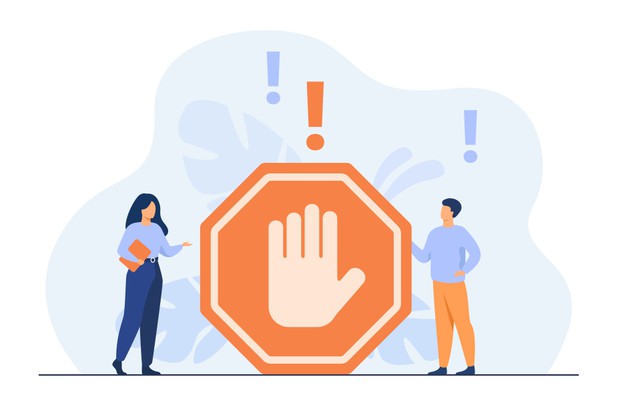 The dismissal must necessarily be motivated, under penalty of being requalified as an unfair dismissal.

In the absence of a legal definition, serious misconduct can be defined as a violation of the rules established by the internal regulations, the seriousness of which makes it impossible to maintain, without damage of the employment relationship.

Indeed, the article 39 of the new Moroccan labor code only provides an indicative list of what may constitute a serious misconduct.

Dismissal must, under penalty of being qualified as abusive by the judge, comply with a strict formalism framed by provisions that are of public order, even if the reason is valid.

The procedure for dismissal for serious misconduct:

The labor code provides that the employee must be convene to an interview in order to be an heard by the employer, in the presence of the employees’ delegate or the union representative or another employee of the company, whom he chooses himself. This interview must be held within a period that doesn’t exceed starting eight days from the date of the observation of the fault.

During this interview, the employer draws up a report which must be signed by both parties and a copy of which is given to the employee.

In case of refusal of the employee to sign the report or to take it, the employer must obligatorily resort to the labor inspector.

2.Notification of the dismissal

However, the letter of dismissal must indicate the reasons justifying the dismissal of the employee, the date on which the employee was heard, the period during which the decision can be contested before the competent court.

3.Submission of documents to the labor inspector

A copy of the dismissal decision must be sent to the labor inspector, and must include the reasons for the employee’s dismissal, the date on which he was heard, and be accompanied by a copy of the minutes of the interview with the employee.

Despite the seriousness of the acts of which employee is accused, any failure to comply with the dismissal procedure as described above shall result in the dismissal being considered as abusive, thus entitling the employee to all dismissal indemnities, detailed as follows:

Based on the average salary received during the 52 weeks preceding the end of the contract multiplied by the indemnity for each year or fraction of a year worked.